Stock markets reversed course from last week and marched higher, partly on the heels of better–than–expected economic data, especially data that showed retail sales jumped much higher than anyone anticipated.

The markets also reacted well to news that the White House is working on a new infrastructure plan that could be worth as much as $1 trillion as well as the Fed’s promise that it would buy more corporate bonds. 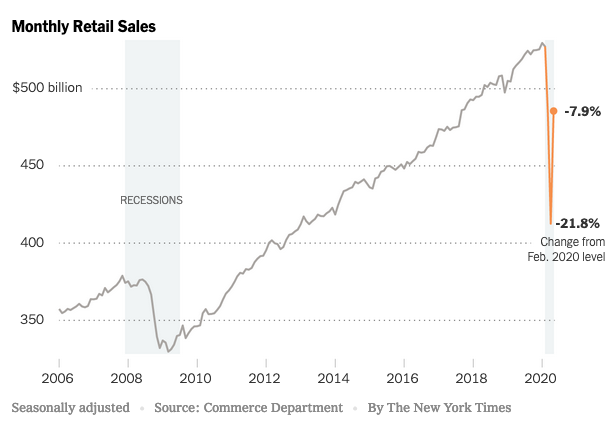 In addition, while initial jobless claims came in at a very uncomfortable 1.5 million, a silver lining was that it did represent 11 straight weeks of improvement.

The markets were somewhat tempered by news reports of increases in new COVID-19 cases, especially in Florida, Arizona and California. Further, news that Apple will be temporarily closing some stores again caused worries of another temporary shutdown that was a dark cloud hanging over markets for most of the week.

On Tuesday, the U.S. Commerce Department reported that U.S. retail sales surged a whopping 17.7% in May, as consumers returned to shopping and spending.

The data from the Commerce Department was especially encouraging since economists surveyed by Bloomberg only expected about an 8% increase and actual numbers were double expectations.

Layer on the fact that May employment numbers revealed that we added 2.5 million jobs – versus a consensus expected loss of jobs of 9 million – it’s no wonder that healthy debate exists as to whether an economic recovery will be V-shaped or U–shaped later this year.

Here is what the Commerce Department released:

While the 17.7% jump received all the headlines – and rightly so since it was the biggest retail sales gain since 1992 – consider this additional data further buried in the Commerce Department’s release: 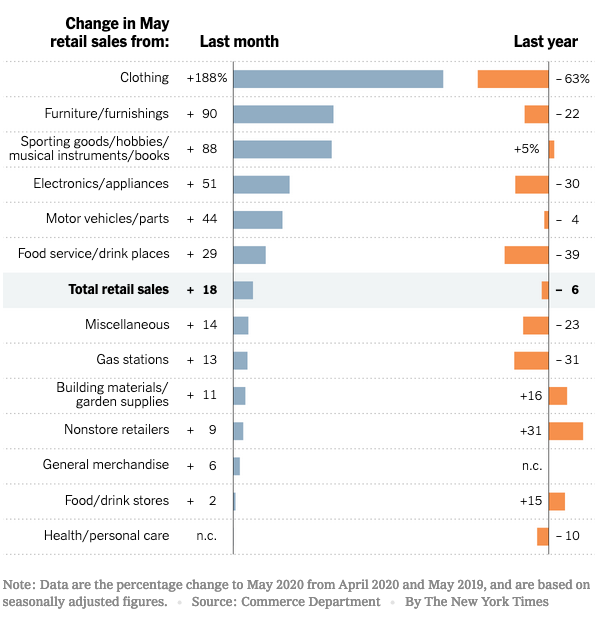