S&P 500 Drops Back into Correction Territory

Stock markets traded within a relatively small range this week, as volatility trended down for the first couple of days before moving north for the remainder of the week, ultimately coming to rest about where it started the week.

By the time the week was over, U.S. stock markets had returned last week’s gains and then some, with growth stocks outperforming value stocks and the technology–heavy NASDAQ performing better than the other major U.S. indices by a decent amount. 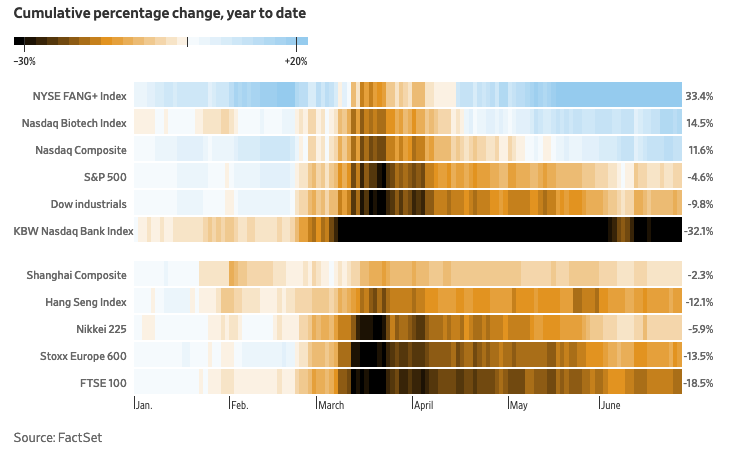 While the S&P 500 is still inches above that psychological 3,000–point barrier, this weeks decline did technically put the S&P 500 into correction territory – defined as being down by 10% or more from its peak, which happened in February.

Most of the news on the week focused on social unrest throughout the country as well as renewed threats from COVID-19. It did not appear that the former impacted markets at all, but the latter sure did, as investors are worried about additional lockdowns and further economic implications. Investors were trying to determine what Dr. Fauci’s warning of a “disturbing surge” in COVID–19 cases might mean, while also digesting warnings from various state Governors.

Investors received a lot of news about the housing sector this week and the data was mixed – which might actually be considered a positive. On the one hand, existing home sales were down for the third month in a row, but on the other hand, new home sales were up in May. But given the stated margin of error surrounding new home sales, many are expecting that number to be revised significantly down in the coming months.

In addition, the notion of another U.S. stimulus package, as well as a possible extension of unemployment benefits, was received with guarded optimism.

There was a lot more chatter about trade this week and most of it can be considered positive. Early in the week President Trump tweeted that the trade pact with China remains “fully intact.” But then rumors that the U.S. was thinking about imposing tariffs on over $3 billion in UK and EU goods gave investors reason to pause. 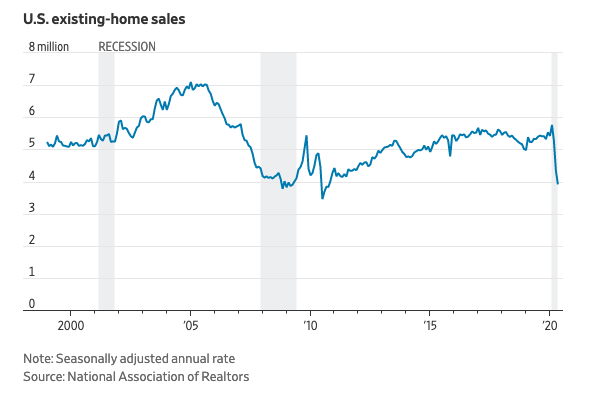 Then on Tuesday, the U.S. Census Bureau and the U.S. Department of Housing and Urban Development jointly announced the following new residential sales statistics for May 2020:

One should pay particular attention to the margin of error, however, as it is significant. For example, the statement that “12.7% percent (23.5%)” means that the actual percent change that is likely to have occurred falls somewhere between -10.8% and +36.2%.