U.S. stocks started the week trending lower as worries about slowing global growth and a delayed agreement with China weighed on investors. In fact, the large–cap S&P 500 was off more than 2% after two days of trading early in the week. Fast forward to the end of the week and the monthly Jobs Report from the Department of Labor helped the markets claw back their losses and end the week slightly positive. 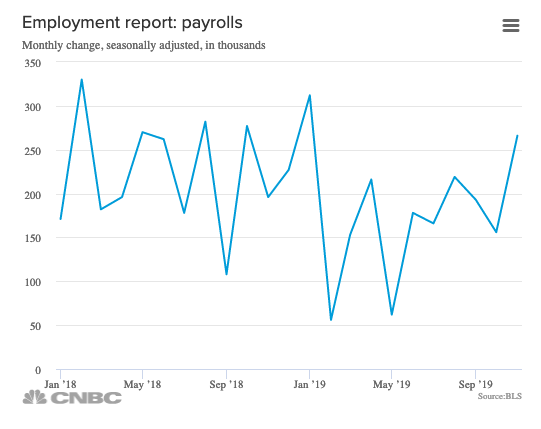 On Friday morning at 8:30 EST, the Department of Labor released their monthly “Employment Situation Report” and the results surprised most on the upside. To summarize:

Examining the Jobs Report in more detail, we saw that job growth last month jumped to 266,000 new jobs created, which is more than double October’s job growth number of 128,000. Digging even deeper, economists were touting the fact that manufacturing jobs reversed course by adding 54,000 jobs last month compared to the loss of 43,000 in October.

November’s jobs growth pushed the unemployment rate down to 3.5%, which puts it once again at a five–decade low. In addition, wages over the last 12 months have grown 3.1%.

Also on Friday morning, the survey of consumers by the University of Michigan was released and it was by most accounts, a very positive report 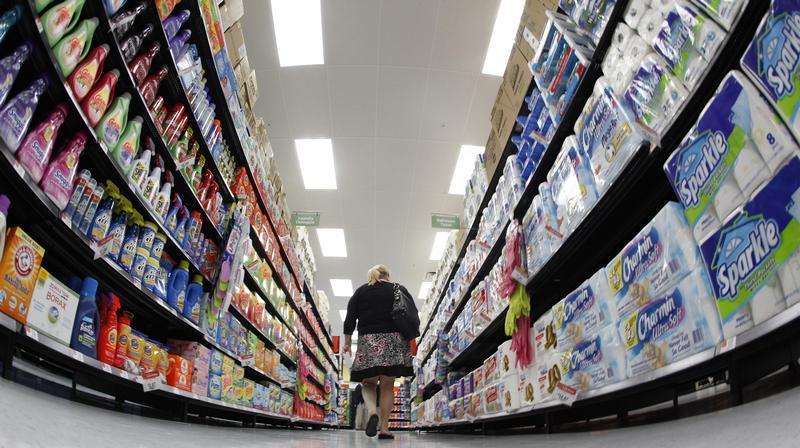 “Consumer sentiment rose to the upper end of the favorable range it has traveled since the start of 2017. The Sentiment Index has averaged 97.0 in the past three years, the highest sustained level since the all–time record in the Clinton administration. Nearly all of the early December gain was among upper income households, who also reported near record gains in household wealth, largely due to increased stock prices. Indeed, among households with incomes in the top third of the distribution, their overall assessment of their current finances was the third highest in the past twenty years. These gains were aided by declining inflation expectations, with long term inflation expectations returning to an all–time low.”

Eyes on the Federal Reserve

This time last year, the Fed increased the federal funds rate to 2.5%, whereas 2019 saw the Fed cut rates three times to its current 1.50% – 1.75% level. Next week, the Fed meets again to decide what to do about rates and the markets are generally expecting the Fed to do nothing, although there are a few more that are expecting a rate cut versus a rate hike. 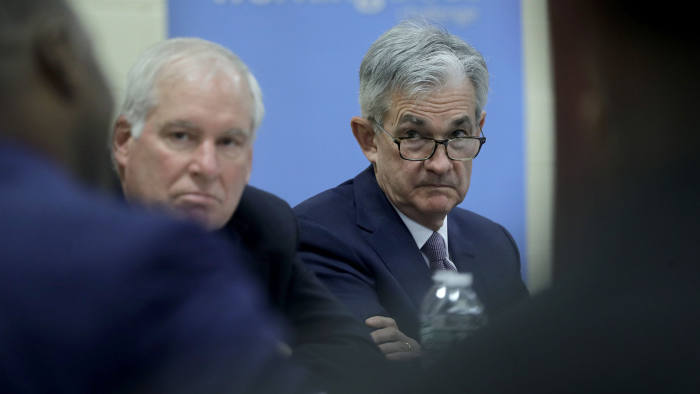 If the Fed keeps rates the same or cuts, then this will be received as good news for stock markets. Generally speaking, rate hikes from the Fedhave helped take the charge out of bull markets.